The doctors at Empire Vein Specialists are committed to your long-term well-being. They will provide you with high quality, prompt, comprehensive, personalized, and proven vein care so you can return to a better quality of life.

Dr. Son Ha Yu, a board-certified general and vascular surgeon, was born in Detroit, Michigan. Dr. Yu has over a decade of vein treatment experience. In addition to his work at Desert Vein & Vascular Institute, Dr. Yu is on staff at Eisenhower Medical Center, Desert Regional Medical Center and JFK Memorial Hospital. Dr. Yu came to the valley in 2007 upon completing his vascular surgery fellowship. He lives in Palm Desert with his wife and two children. Dr. Yu works hard to exceed the high expectations you have of a top-tier surgeon. By accepting nothing but high-quality, precise work from himself and his staff, Dr. Yu helps define Desert Vein and Vascular Institute as the top location in the Coachella Valley for vein treatment. In his spare time, Dr. Yu enjoys spending time with his family and playing golf.

Dr. Pushpinder Sivia was born in Oakland, California. He is board-certified in vascular surgery and moved to the Palm Springs area in 2012. Dr. Sivia treats disorders of circulation as well as venous disease. He has been a presenter at national vascular conferences and has published articles in medical journals about vascular disease. Upon completing his fellowship in vascular surgery in 2012, together with Dr. Yu, formed Desert Vein and Vascular Institute. He and his wife live with their two daughters in Rancho Mirage.

Dr. Nina Grewal and her team are committed to helping patients suffering from the effects of varicose veins enjoy a better quality of life.

Dr. Grewal grew up in the Pacific Northwest and completed her undergraduate studies at the University of Washington before completing medical school at the University of Utah. After completing her General Surgery and Vascular Surgery training, Dr. Grewal began practice in Orange County in 2010. Since that time, she has focused her practice on the evaluation and treatment of venous disease and has performed over a thousand vein procedures to date.

Dr. John Lee is a board-certified general and vascular surgeon. Upon completing his vascular surgery fellowship, Dr. Lee joined Desert Vein and Vascular Institute in 2015. He was born in Seoul, South Korea. He graduated from medical school with high honors before specializing in vascular surgery. Dr. Lee chose this route because of the strong compassion he feels for patients with vascular diseases. In addition to his medical training, Dr. Lee has published articles in multiple national journals and presented research before vascular associations. When away from the office, he enjoys surfing and snowboarding, as well as watching movies. Now residing in Rancho Mirage with his wife and two children, Dr. Lee treats all of his patients like family and calls Palm Springs his home.

Dr. Trevor DerDerian is a board-certified surgeon who grew up on the Gulf Coast in Tarpon Springs, Florida and completed his undergraduate studies at the University of Miami. After finishing his general surgery training in New York City, Dr. DerDerian went on to specialize in Vascular and Endovascular surgery at West Virginia University. He has written numerous peer reviewed articles and presented his work at national conferences. Dr. DerDerian has a passion to bring comprehensive, cutting edge and minimally invasive vascular services to the East Valley. Dr. DerDerian resides with his family in the beautiful city of La Quinta and enjoys the outdoors, surfing, snowboarding and his newfound hobby of pickleball.

Vascular surgeon Dr. Neil Reddy completed his undergraduate education in Biochemistry and Cell Biology at the University of California, San Diego followed by performing cancer research for two years. He then earned his Doctor of Medicine at Eastern Virginia Medical School and was elected to the Alpha Omega Alpha Honor Society. He furthered his career and completed his surgical training in an Integrated Vascular Surgery Residency at the University of Southern California in Los Angeles. During this time, he learned the latest, most advanced minimally invasive endovascular treatments across a spectrum of vascular diseases. He has completed numerous clinical research projects on venous and arterial disease solutions, written peer-reviewed articles, and presented his work on innovative surgical solutions for vascular diseases at national conferences. He believes in treating patients like family and ensuring they receive the best, comprehensive care. Dr. Reddy is on staff at Desert Regional Medical Center, Eisenhower Medical Center, and John F. Kennedy Memorial Hospital. Dr. Reddy lives in Palm Springs with his wife and dog. He enjoys traveling across the world, health and fitness, reading, cooking, music, and movies.

The American Board of Surgery in General Surgery, Vascular Surgery Residency at the University of Southern California in Los Angeles, CA

Dr. Bertrand Janne d’Othée is a board-certified interventional radiologist with over 20 years of experience. Originating from the French-speaking southern region of Belgium, he earned his Doctor of Medicine and completed his Residency in Radiology at the Université Catholique de Louvain in Brussels. After moving to the East Coast of the United States in 2000, he worked as an Interventional Radiologist at Beth Israel Deaconess Medical Center and Massachusetts General Hospital, where he also was Director of the Varicose Veins Program, and in the University of Maryland Medical System, before becoming the Chief of Interventional Radiology at Baystate Health. He has held faculty positions at Harvard Medical School, University of Maryland School of Medicine, and lastly as a full Professor at the University of Massachusetts Medical School. Throughout his career, Dr. Janne d’Othée has written over 160 publications, including more than 60 peer-reviewed articles. He also received his Master of Public Health from the Harvard School of Public Health and his Master of Business Administration from the University of Maryland. Dr. Janne d’Othée and his wife have four children and tremendously enjoy the many opportunities Southern California offers, including running, beach activities, skiing, and more, and he speaks Spanish fluently.

Dr. McFarland leads the Empire Vein Specialists team in Temecula in passionate pursuit of helping patients live more productive, pain-free lives through non-invasive outpatient treatments. She is a diehard UCLA Bruins sports fan and enjoys the outdoors and playing dinosaurs with her toddler. 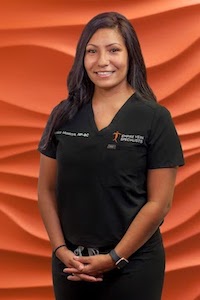 Jessica Montoya, MS, RN, AGNP-BC, CCRN, enjoyed being born and raised in San Diego, California. Her passionate caring for others compelled her in 2010 to pursue a Bachelor of Science in Nursing from San Diego State University. Her studies continued at SDSU through 2019 where Jessica earned the advanced degrees of Masters of Science in Nursing, Adult-Gerontology Nurse Practitioner, and Acute-Care Clinical Nurse Specialist.

Concurrent with graduate school, Jessica worked in hospitals focusing mainly on Critical Care, including two years at Scripps Mercy Hillcrest Definitive Observation Unit, four years at Scripps Hospital La Jolla Cardiac Intensive Care Unit, and four years at Kaiser Permanente SDMC Post-Anesthesia Recovery Unit. As a result of her early training in critical care, she treats each of her patients as if they were her family members.

Jessica enjoys traveling, swimming, and doing yoga. In her free time, she loves spending time with her husband and daughter. 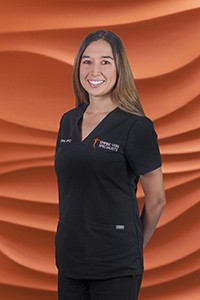 Brianne Poff, RN, MSN, FNP-C joined the Empire Vein Specialists Team in 2021. After obtaining a Bachelor of Science degree in Public Health from Cal State Fullerton, she pursued Registered Nursing at Loma Linda University and completed her education with a Master of Science in Nursing, Family Nurse Practitioner degree from United States University in San Diego.

Before joining Empire Vein Specialists, Brianne served as a Clinical Instructor teaching nursing students at Azusa Pacific University and was a nurse at Kaiser Permanente Hospital in Anaheim working in the ICU with a specialty in caring for patients with neurological conditions.

Brianne’s recent work as a Nurse Practitioner involved completing health risk assessments for patients, including medication reconciliation and referrals. She is also an advocate for advancing global health and loved traveling on missions where she provided medical and dental care to patients in underdeveloped areas of Manaus, Brazil, and Angola, Africa.

Brianne enjoys sports, having participated in track, cross-country running, and soccer in the past, and loves to watch baseball. At the top of her leisure list is time spent with family and her 100-pound yellow Labrador retriever named Miklo! 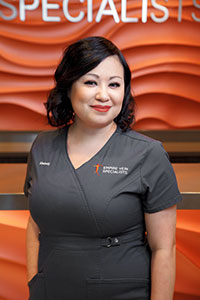 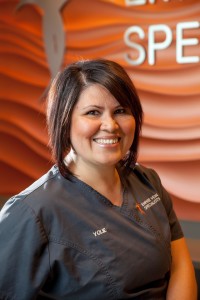 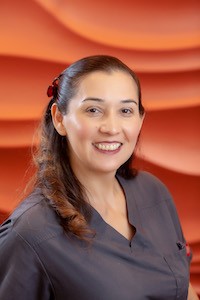 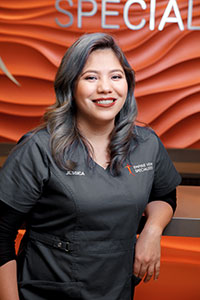 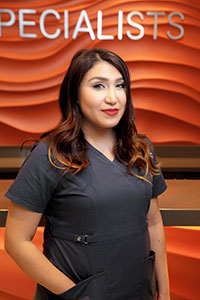 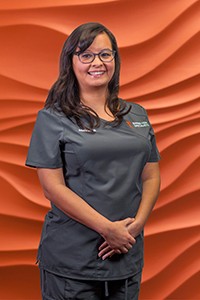 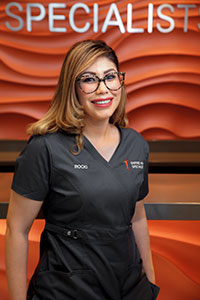 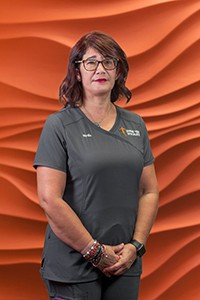 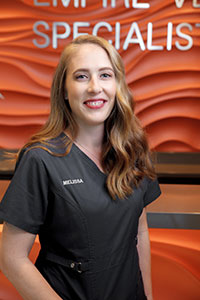 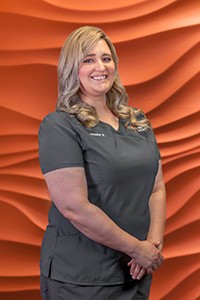 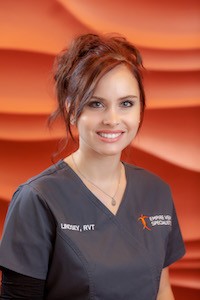 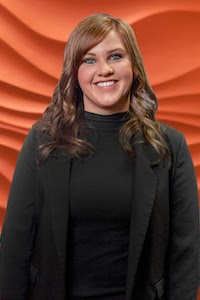 Michelle comes to Empire Vein Specialists with more than thirteen years of healthcare experience including business development management, physician relations management and laboratory services management. Michelle achieved her Bachelor of Science in Communications and is currently studying to obtain a Master’s Degree in Health Administration. Michelle is also a community leader who has completed more than 200 hours of community service for the City of Beaumont, advocates for local small businesses, provides community outreach and support for the San Gorgonio Memorial Hospital, and hosts community healthcare events and health-related charity affairs. 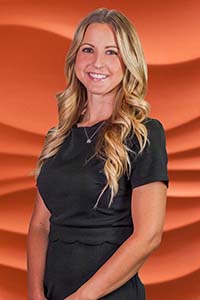 Bonnie joins Empire Vein Specialists with a strong background in business development and marketing with more than five years of progressing positions in the healthcare industry and a strong background of building relationships with physicians, nurses, case managers, and patients. Her medical career began in a fast-paced emergency room setting, and from there she moved to a post-acute facility, providing a full view of the patient experience from diagnosis to recovery with full responsibility of increasing occupancy and community relations. Bonnie is a Southern California native with roots from the High Desert, Antelope Valley, and Inland Empire. She enjoys family, Disney, snowboarding, camping, hiking, and travel. Bonnie looks forward to helping expand awareness of the beneficial services provided by Empire Vein Specialists.

The quality and effectiveness of any vascular or vein procedure is largely dependent upon the standards of the vascular lab and expertise of its technologists. READ MORE

Am I A Candidate?